Mike Lenz is based in Akron, Ohio and performs on guitar, vocals, harmonica, and amplified stompbox. He is influenced by everything from Delta and Piedmont blues artists such as Robert Johnson, Charley Patton, Blind Blake and Blind Boy Fuller to the Memphis blues, jug band stomps and rags of the 20’s and 30’s to classic 50’s and 60’s electric Chicago blues of Muddy Waters, Jimmy Reed and Howlin’ Wolf to the juke joint boogies of Hound Dog Taylor and North Mississippi blues, as well as a bit of raw rock. His live show includes his originals, lots of blues, bit of classic 20’s-40’s country, and taste of just about every genre of underproduced, unpretentious American music.

Mike is a popular performer at Maize Valley and often plays with Peggy Coyle. 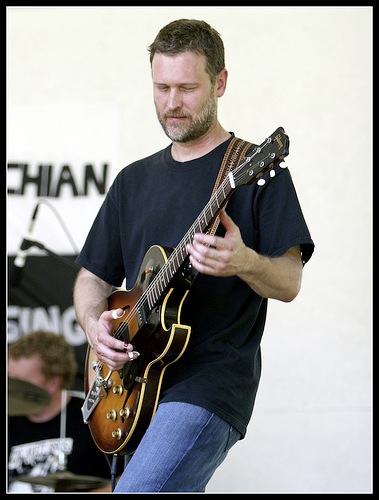